The question of snow guards for metal roofed houses often arises in Toronto as heavy snowfalls and freezing rains are very common in Ontario (Canada) during winter seasons. The volume of ice and snow quickly accumulating on a roof can be measured in hundreds of kilograms. Once snow begins sliding, it can cause significant damage to the lower roof, gutters, landscaping, cars or pedestrians.

That is why structure owners are encouraged to install snow guards onto their metal roofs to prevent rooftop avalanche. A snow guard is also referred to as ice breaker, ice stop, ice rake, or sometimes as snow stop, snow block, or anti-snow barrier. When the melting mass goes down the snow fence, it breaks the snow in chunks, thus preventing it from crashing in one large swoop.

Metal guards are widely used in Canada, including Ontario province and Toronto. Snow rails vary in their material. Typically, snow guards are made of stainless steel, zinc-coated steel, copper or aluminum, but sometimes they come in polycarbonate and plastic. Roof Experts strongly recommend installing zinc-coated steel guards as they proved to be heavy-duty, durable and have reasonably price. Over time, plastic and polycarbonate snow guards will become breakable: they chip or fracture.

Aluminum snow guards are not heavy-duty and not able to keep big amount of snow. Stainless steel and copper roof safety systems are expensive and have a longer life span equal to or greater than the metal roof itself. There have been independent researches that proved that metal roofs last over 50 years longer than other roofing materials.

The best thing about snow guards from Roof Experts is that they work equally well for practically any kind of roof and its elements:

How do snow guards work?

Several hundred years ago inhabitants of cold areas placed stones and logs on their roof. This measure was meant to increase friction with the snow and thus to smooth the progress of snow flow in a predictable and controlled manner: evaporation and thaw, rather than by a sudden and hazardous rooftop avalanche.

Today snow fences usually have the form of pipes that remotely remind the logs used in previous centuries. These pipes are securely arranged according to the specific calculation.

Roof Experts offer European tubular snow guards which are connected to the roof by 4 brackets for every 10 feet. They are fastened either to the ribs of standing seam profiles or by screws to lumber, plywood or roof trusses through the regular shingles, metal tile panels as well as to straight rib panel profiles.

There are different types of snow guards

Snow guards for metal tiles panels and straight rib panels connected by special screws to the metal roof base.

Snow guards for snap lock standing seam roofs connected by brackets to the ribs of panels (see the left picture below).

Snow guards for classical or mechanical standing seam roofs connected by brackets to the seamed ribs of the metal panels.

How many snow guards do I need?

Depending on the region climate (amount of snow), length, width and pitch of slope, we determine the quantity of the snow guards required to retain snow on the roof. So you better either know these numbers or our crew will make the measurements on site.

Please check out a video from our snow guard projects. 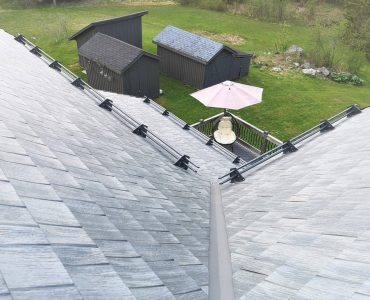 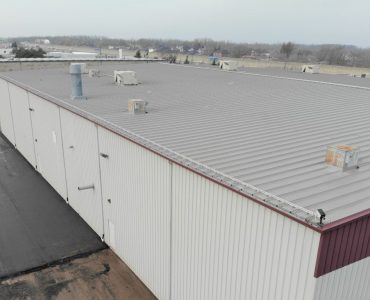 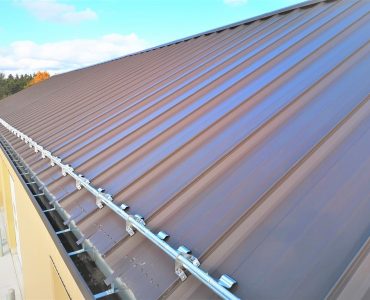 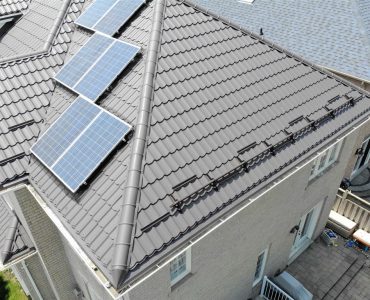 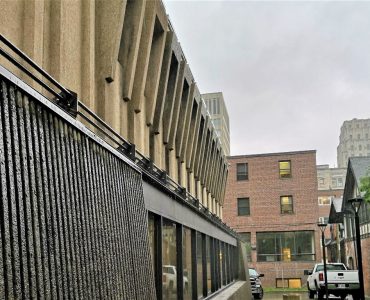 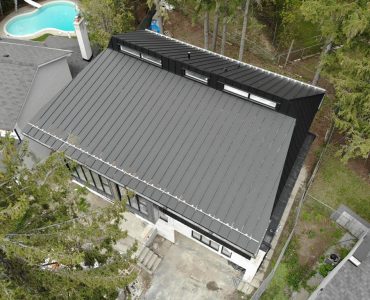 To estimate the cost of snow guards please fill in the form below.

Do you need a quote?

Drop in our office or submit a form online

Fill in the form